Best Free Linux games 2022 is one of the most searched terms whenever a Windows user switches from his comfort world to a Linux Distro. We have compiled a list of the Best Linux games to free download that is open-source! When one user switches, he wants to know all about how to play games on Linux. Some games are also available through Steam.

We are all well aware that Linux is an OS that is well known for its free gaming possibilities and capabilities. The demand for the Linux operating system is increasing day by day as it is easy to get games on it and the best part all of them come for free. We have shared games for Ubuntu, CentOS, Debian, Arch Linux and Kali Linux.

Why Play Games on Linux?

Well, why shouldn’t you? Now first let’s discuss the Linux operating system. It is very much opposed to the windows. A Windows user asks many questions once he shifts to Linux. The most frequently asked question is that are all the games available on this? Do they come in free? The answer to this can be given in yes and no as you cannot get all the games except for free trials. You will not get all the latest games or their versions free for a lifetime.

15 Best Linux Games Download – A Game for Every Distro 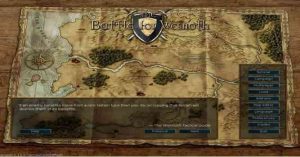 Battle of Wesnoth is a strategy based game, yet it is a turn over a game of strategy.  In this, you can either play with a single play shot as well as with multiplayer one. The best part is that you can play this game both online and offline. This game provides you with a map editor. Here you can come up with new mysteries. Battle of Wesnoth is seen as the best free online Linux game that you shall find in this list.

Alien Arena warrior of the wars is a deathmatch shooter game. It is a full-on action game in which you are going to find a lot of action themes and thrilling series. If we talk about recent times, we know that it is processing very fastly. Therefore, we need to wrap ourselves around in the warmth of the time that is trending.

SEE ALSO: How to Ping an IPv6 Address from Linux and Windows.

O A.D is the finest game project that you will come across in the Linux games content. This game is comprised of actual content. It carries many tribes, but in spite of all the emperor sites, this has been produced in its specific nature. It carries civilization in the game plot; however, each civilization is very different from one another.

SEE ALSO: How to Delete a Line in Vim Editor – Vim Delete Commands.

Xonotic has been a very famous game on Linux since 2017. The main reason is that game players usually enjoy thrill and action, and Xonotic provides gamers with such an exotic taste. In this game, you will get different types of arms and ammunition. Xonotic is perfect for you is you are an arm-lover gamer. This carries options for both single and multi-player. You will also be able to find modes, maps and fire ammunition in this action thriller game. 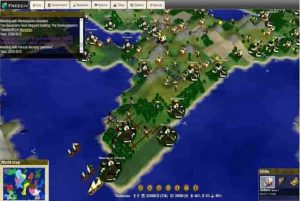 FreeCiv Linux game is considered as a long-lasting fever of empire-building strategy game. It is one of the most playable human civilization games that are available right now. FreeCiv gives you the feel of having a prosperous future in human civilization. You can begin with the Stone Age and take the human race further into the great future and beyond that. 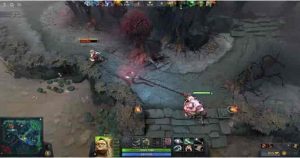 Dota 2 is a sequel of warcraft 3. It is compiled with the multiplier. It comes in free and is based online. It is a popular game of stream as more than 80 thousand gamers play this game daily.

Smoking guns are known to be half realistic among the free games that are found on Linux. It is a first-person shooter game. The inspiration behind this game is the western spaghetti genre and carries the same setup.

Real combat elite is a shooting game that is available on Linux. In this whole collection, this is the best free Linux game you have. It is operated with a single shooter. The name of the shooter is Wolfenstein. The set comes in between 2 internationally working groups, and the player has been appointed by TCE to stand as the shooter all alone. Your opponent here shall be the “unit” which is an international mercenary organization. So from all these military wars, you have to come alive.

Cube 2 is a single-player game that can be found on Linux. It is a copyright of the main cube FPS game. The main feature of this game is the cube engine. Moreover, the cube 2 Linux game will provide you with a map as well as geometrical features for your current situation in the entire game. If you are an action game lover, then you need to try this Linux game.

Assault cube is a multi-player game that is found on Linux. It comes in free. It is a shooting game for one person. The game is based upon the cube engine and is very much realistic than any other game. In assault cube, you can see the movement of figures along with their ammunition for fighting and other stuff that is real in its sense.

One of the best free Linux games that are available on the internet is red eclipse. The game got developed on an open-source platform. The players can play both in single and multi-player. This is the best fork of the shade of cube 2. Red eclipse is by all means in the hand of mapmakers who are going to precede the game to the next level forward.

A Dark Place by XerStudios

The dark place is also a Linux game. It is a single shooter as well as a single-player game. The dark area is an action-based game. This is among the best free Linux game.

The best news game players will get is that from now super tux cart is available on Linux as well as other major platforms. It is considered one of the most famous games. Super tux cart is a 3D open-source arcade racer that carries a variety of different characters. Its creators work with the ambition to make it realistic with fun for all the users of different ages.

These action thriller games come with a storyline, track, battle mode and other areas that bring a twist while you are playing. It comes with an easy-to-handle control panel. On the left corner of the screen, you will find a wheel for acceleration and direction. On the right side, you will find a bearing and rearview for the other rival racers. While driving the players are able to pick up items like boxes. You can also fire the thing that is being carried with the help of an on-screen button. We hope that by knowing this you will bring many changes to your game.

If you want to bring changes in the accelerometer, then we need to see the settings section. The super tux kart supports the accelerometer steering as well. This all sounds pretty awesome by the way.

Its setup section is also trivial, which can be done very quickly. Though at times, it creates difficulties but not in every genre. Few characters can be jumped ahead on the screen, especially when you are selecting or before the completion of the final setup. The performance level, however, is very competitive. The graphics are super cool and smooth with super quality settings.

Warsow is another game that is available to play on Linux. It is also a first-person shooter game. It comes in free. It is based on the scenario of the cartoon-like environment.

I would recommend you guys run an emulator software and play popular titles. You might be able to play games like PUBG or even Fortnite on Linux. I would recommend emulators like Genymotion, Andro-VM, Anbox and Shashlik.

What Free Linux Games are you playing?

This article has all the best Linux games of 2022 for free download. These include open-source Linux games and even some paid ones too. If you are a thriller action game player, then you need to visit all the games mentioned above once and try them out. These games are from various types of genres from Shooting Games, Racing Games, Multiplayer Games, Strategy games and many more.