Want to use Metasploit Pro Framework or Metasploit Unleashed? Well, you will need to know their commands first!. Below we are sharing with you the latest Metasploit Commands List of 2022. This cheat sheet contains all the commands you will ever need from very basics to advance!

In this guide, we will talk about the very basics of the Metasploit commands cheat sheet which can be used in the command-line interface. There are also many other command-line consoles available over the internet (such as MSFConsole Command Line) but they are really hard to use and understand.

What is Metasploit Framework?

Metasploit is a product that can be used to break into a remote system and it can also be used to test the vulnerability of a computer system. Like all the other Information security tools Metasploit can also be used for both purposes (Unauthorized and Legitimate activities). The Rapid7 has also added the two proprietary editions or versions called the Metasploit Pro and Metasploit Express. You can also see some of our Kali Linux Terminal commands for hacking.

Metasploit highlights the risk and remediation of particular bugs that might be available within your Personal Computer (PC). Later on, the fuzzing tool was also included in Metasploit 3.0 which was used to discover the vulnerabilities of software even with the exploits for the known bugs. After some time the local wireless (802.11) toolset was also added into the Metasploit 3.0 in the month of November 2006. After all these updates the Rapid7 released the Metasploit 4.0 in the month of August 2011.

You can get Metasploit Pro Framework from the below page:

A Brief History of Metasploit Framework

H. D. Moore was the creator of this portable network tool named Metasploit using Perl in 2003. In 2007, the Metasploit Framework was totally rewritten in Ruby. On October 21st, 2009, Metasploit announced that it has been bought or acquired by the Rapid7. Rapid7 is a security company that provides many sorts of unified vulnerability managing solutions.

Read also: The Perfect Guide to DDoS Like a Pro Hacker.

The Metasploit command for updating Framework:

The following command mentioned above provides the latest version of the Metasploit framework which is updated. The update says the following that we should update the weekly update copy of our Metasploit Framework. But there is a slight disadvantage of this command and it is that running this command might corrupt or break the copy of your software that is installed in your PC. 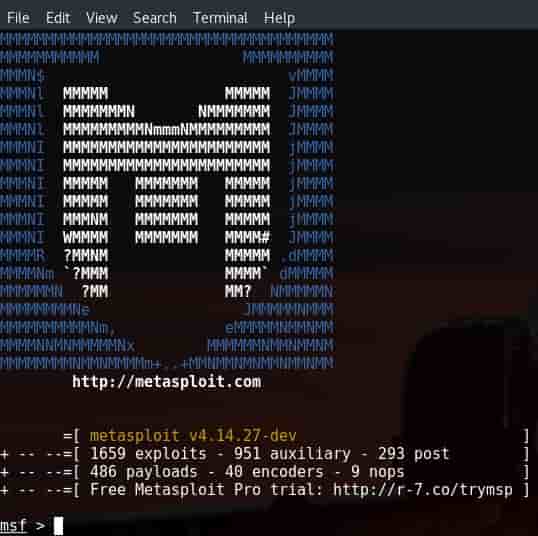 I am not going to waste your time in explaining all of the commands on the Metasploit but I will discuss some of the basic and most used commands which you are going to use mostly.

This command is used to search for different types or sorts of vulnerabilities and exploits from the msfconsole.

This command is used to keep an eye on the documentation and take a look at the owner of the exploit. 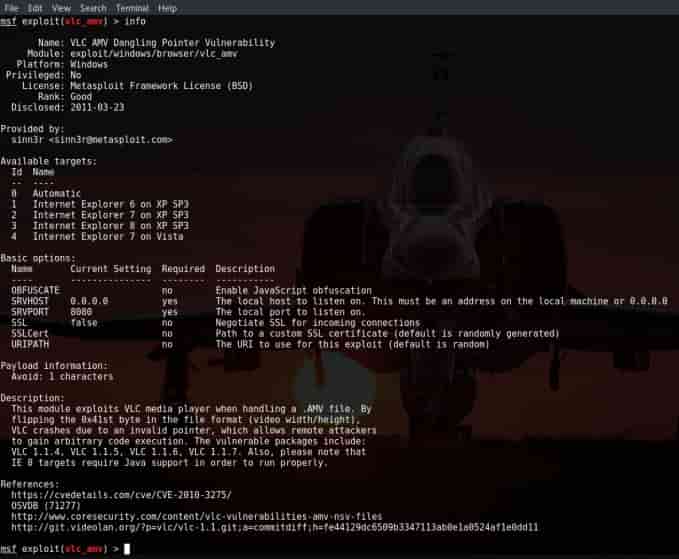 With the help of this simple command, we can use show commands to display all the values required by the payload which can further be used to attack the victim PC or machine which we want to attack.

With the help of this command, you can easily perform the attacking the WAN Network you just have to set the LHOST to the static IP Address IP and all other forward ports. 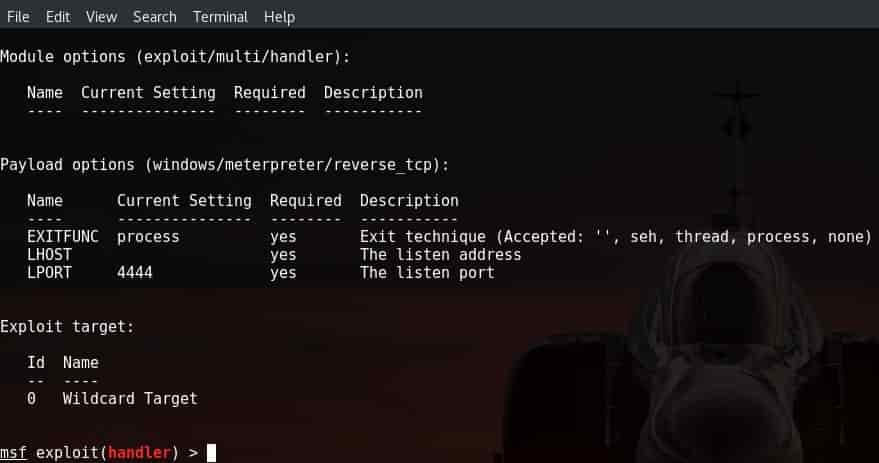 By using this show advanced command we can view all of the advanced options for the required exploits.

This command is used to return all of the compatible encoders. These encoders are used for evading the simple IDS/IPS signatures that are been looked for the certain bytes of the payload available.

This command will return a whole list of the NOP generators. NOP is the abbreviation for No Operation and it is used to change the pattern to bypass simple IDS/IPS of common NOP sleds. These NOP generators start with a whole configuration of CPU Architecture in its name.

You can visit the official Offensive Security site for the full A-Z Metasploit commands.

Do you know any more Metasploit Commands that we can add to this list?

In this article, we discussed the List of Metasploit commands in 2022 we also talked about many different commands which you can use to perform various tasks and all of the different functionalities. It is a totally safe method for using and performing vulnerable checking and solving all of those related problems.

I hope this guide will be really helpful to you. Share it with your friends and family to help them solve their problems. If you have any questions then leave them in the comment section. We are always here to help you if you need any help.

Recommended:  How to Activate Windows 7 For Free Using CMD Batch File 2022 (Without Key)