Password dictionary or a wordlist is a collection of passwords that are stored in the form of plain text. It is usually a text file that carries a bunch of passwords within it. We are sharing with you Passwords list and Wordlists for Kali Linux to download. We have also included WPA and WPA2 word list dictionaries download.

The wordlists that you can get online including the ones that we are going to share for you here are a collection of common and uncommon passwords that were used by real people at least once.

You have the option to create your word list and can even use the ones that are created by others. The word lists are driven out from data breaches like whenever a company gets hacked then the stolen data is either sold out on the dark web or leaked on a certain website like Pastebin.

Using Github you can also download the full version of wordlists. Keep in mind that here we have separated them in the form of alphabetical order to meet Githubs upload size requirements.

We get them using advanced Google search operators. We have found the majority of them from websites that have shared leaked passwords

By using this we have cracked 3/10 networks near us. Keep in mind that using password cracking tools takes time especially if being done on a system without a powerful GPU. Moreover, keep in mind that this only works if the password is included in the wordlist. If you use the following kind:

Then you are out of luck. You can go for brute force attack in such cases but it would take a lot of time depending on your computer system.

You should also try one of the biggest word lists out there called “Rockyou”. The size of the Rockyou.txt password list is around in the region of 133 MB. It should be fairly quick to be downloaded. It has the most recently used password and pin combinations that users have used on various websites and have unfortunately been leaked.

You can clean up wordlists by using bash one-liner. Following are the useful commands that are used for manipulating wordlists

If however, you have multiple passwords then you can combine them into a large file

What is a Dictionary Attack? 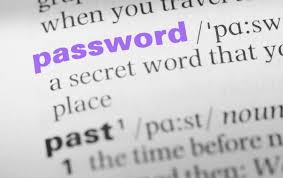 The password dictionary attack is a brute-force hacking method. It is used to break into a computer system or server that is protected by the password by systematically entering every word in the dictionary as a password. Such an attack method is also used as a means to find the key that is required to decrypt encrypted files

In the dictionary; while using words or any derivatives of those words referred to as leetspeak is very common. Leetspeak is the character replacement with alphanumeric and non-alphanumeric characters. A dictionary that is used in such attacks can be a collection of previously collected key phrases or leaked passwords.

Why are Dictionary Attacks Dangerous?

According to an estimate, about 80% of people reuse their passwords on online platforms like personal banking, social media and even work systems. This surely is a definite way to remember passwords but it leaves you vulnerable to a data breach

If we take an example then all of us are familiar with the Facebook CEO Mark Zuckerberg, his social media account on Twitter was hacked. From here hackers tweeted. The hackers revealed that the CEO’s password had been compromised in the LinkedIn data breach. He was using the same password for Twitter and LinkedIn and other social media accounts

Such attacks can be harmful to your business. DropBox suffered a similar case like this in 2012 as one of their employees used the same password for LinkedIn as they used for their corporate DropBox account. As a result, they had a theft of 60 million user credentials.

How to Prevent Dictionary Attacks?

You can prevent a dictionary attack by adopting the following measures