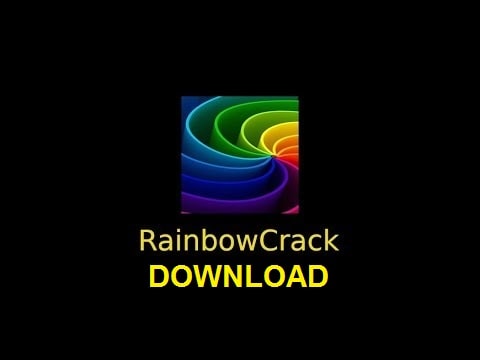 The brute force hash crack is used to generate all the possible plain texts and then correspond the specific hashes on the run. It then compares hashes with the mixture that needs to be cracked. As the match is found, the plain text is also seen. If however the plain versions are tested and still no match is found then the plain text is not found. All the intermediate computation results are discarded with such a type of hash cracking

A hash cracker of the time-memory trade-off needs a pre-computation stage, at that time all the hash pairs or plain text there in the selected hash algorithm, plain text length and charset are computed and the results are then stored in files that are known as the rainbow tables. It is moreover time-consuming to do such a kind of computation but as the one-time precomputation is finished the hashed stored in the table can be cracked with better performance than the brute force cracker.

Here more focus is on the development of the optimized time-memory trade-off implementation. Another key feature of the rainbow crack is GPU acceleration. The overall hash cracking performance can be improved by offloading most of the run-time computation to NVIDIA or GPU.

What are Rainbow Tables?

The rainbow table is a pre-computed table that is used for reversing the cryptographic has functions. It is practically used for:

You must keep one thing in mind that the salt hashes can defeat the rainbow tables. If the hashes are not salted and you have the correct table, then a complicated password can be cracked within a few minutes rather than some weeks or months with traditional brute forcing techniques. 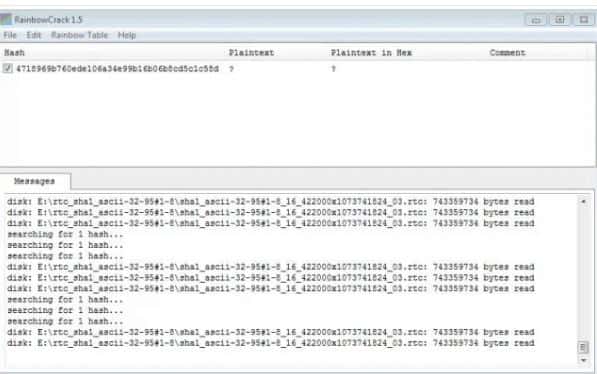 The rainbow table can be downloaded from various places. You can find a set of rainbow tables at project rainbow crack that includes paid tables that are optimized for multiple things like LM, NTLM, MD5, SHA1, and much more.

You can also generate the rainbow tables yourself with rainbow crack this however shall take some time and much of your disk space. The project Shmoo offers downloads of popular Rainbow tables through Bit Torrent.

The tool that is used to generate rainbow tables comes along with Rainbow Crack download. The device is rtgen.exe and for Windows.

The Ophcrack is a Windows password cracker. It is based on a time-memory trade-off using the rainbow tables. This, however, is a new component of Hellman’s original trade-off that comes with better and excellent performance.

Cain and Abel is another password cracking tool. It is for Microsoft Operating systems. It provides easy recovery of different kinds of passwords by sniffing the network, cracking encrypted passwords using the dictionary, recording VoIP conversations, Brute-Force and Cryptanalysis attacks, decoding the scrambled passwords, revealing the password boxes, analyzing routing protocols and uncovering the cached passwords.

A great alternative to this would also be John The Ripper, which is also crowned as a fast hash cracking tool.

In this page, we have highlighted for you Rainbow Crack for Windows that is used to crack hashes with the help of rainbow tables. We have put light on the unique features the program comes along with. It should work flawlessly on Windows 10 and Windows 7.

Below is the link where you can get RainbowCrack for Linux OS such as Kali Linux. It should work on different Linux distros such as Ubuntu and Debian.