High-level languages of programming are considered to be the mainstay of computation. The languages come with many promises as they are launched but with time get dead. Today, we will share the top 12 best C and C++ IDEs to download for free. Also known as Integrated Development Environments they are the go-to software for developers to create their programs in. However, certain languages have retained their position are very popular among users along with IDEs.

This list will include the best C++ IDE for Windows 10/11 and best C++ IDE for Linux. The best example is the C and C+ language that is still being used actively across apps and systems throughout the world. As they come with a powerful set of features and the best security thus are still active among the programmers.

A programmer must be aware of the C and C++ language as they form the base of popular programming languages such as Python, Java, Perl, PHP, C# and many others. Moreover, these languages are used by skilled programmers to work with the hardware.

If you are a programmer of the C and C++ language or a beginner and are intended to learn about these languages then you do not need to worry as we bring for you the best IDEs. These are places to make your programing work easily as it comes with functions that are in-built like compiling, code completion, syntax highlighting and much more.

IDEs are used to provide you with various components of software apps during the development of the program. The user interface is what makes them the most favorite among developers. Follow through the article to get to know about them

The 12 Best IDEs for C and C++ Developers (Free Download) 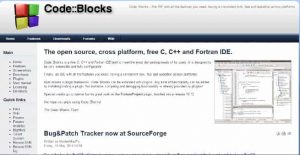 Code::Block comes in as a free C and C++ IDE that is created to meet the needs of developers of C and C++. It carries all the features that are required for C and C++ development.

The most popular IDE and powerful IDE for C and C++ is an eclipse. It offers an open-source utility as well as functionality for C and C++ programmers. It is very easy and simple to work with for the new users.

Another IDE is the visual studio code. It is an open-source code editor that is available for macOS, Windows and Linux. Microsoft has developed it and it is based upon an electron framework. It is best for customization and is considered to be the most popular developer environmental tool. 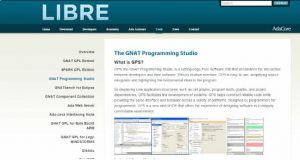 It is also called GPS. It comes in free. It is a highly advanced IDE that is used to simplify the interaction between developers and its software. As it comes with a simple user interface, therefore, it is easy to use. Moreover, it is used to simplify source navigation and highlight the fundamental ideas of the program. 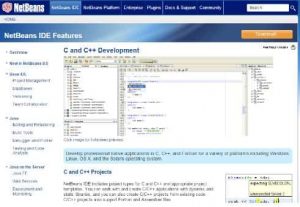 The net bean 8 C++ IDE carries project-based templates for C and C++ which gives the capability to build apps with static and dynamic libraries in C and C++.  It is very popular among users due to its amazing features.

This is yet another IDE for C and C++ language. It comes in free and is open source. It serves as a cross-platform for C and C++ programming language that can run on all platforms like Windows, OSX, and Linux.

The sublime text is a closed source platform source code. It is infused with a python API. It was developed by Jon Skinner and Will Bond and got released back in 2008. It comes with the best performance. It carries a slick user interface.

This is a cross-platform C and C++ IDE. It does not come in free has a free trial version for one month use

If you are willing to build high-performance C++ apps for windows without any database connectivity then the C++ builder is a great way to do that. It does not come in free but carries a proprietary license. It is only available for OS X and Windows.

This is yet another IDE for C and C++ programming languages. It is also an open-source IDE but is only able to support the windows platform and not OS X and Linux.

C lion is also pronounced as the sea lion. It is yet another integrated cross-platform IDE for C and C++. It is available for Linux, macOS, and windows that are integrated with Cmake Build. It is also able to support other languages like python, rust, Kotlin and others directly or along with plugins.

With the use of mono Develop, developers can write web and desktop apps on Windows, Linux and Mac OS X very quickly. With this, you are also able to port a .NET app that is created with visual studio to Mac OS X and Linux with the same single code base for all the platforms

Conclusion – Which C++ or C IDE is the top choice for you?

This page details the 12 best C++ or C IDEs for Windows 10/11 and Linux to free download. These include C++ IDEs, their features, their official developer site, and documentation. Let us know below in the comments which IDE is your top choice for the year and why.