Minecraft in a few years has become one of the popular games around the globe, mainly by word of mouth and lack of a big marketing budget. For now, it has shifted to classrooms, as teachers increasingly find ways to use the game for mere educational reasons. Get ready to know how to install and Play Minecraft on your Chromebook no download needed and without developer mode. Sounds impossible right? Trust us, it is not.

It is described more often as a “sandbox game”. It is a virtual land where you can create your worlds and experiences by using building blocks, resources discovered on the website and your creativity.

Users can find the game on various platforms and can be played on computer systems, smartphone devices, tablets, Nintendo Wii, Xbox and PlayStation. Day by day its popularity is increasing among primary ages children.

Why Minecraft is so popular on Chromebooks

Minecraft has gained popularity since 2009. It is an indie game that was built by a small team. It has got successful, not due to its massive resources or an advertising strategy, then what is the reason behind its popularity among children?

It has been described mainly as a game with no rules. It does not carry any specific set of instructions or stated objective. In this, users can build and explore. However, they wish to. It is compared at times with Virtual Lego.

All this means that the fans of Microsoft have much flexibility in terms of how they plat. Players can:

The game can be played at any level. In popular games, users need to have a specific skill to move to the next challenge. This is at times very much frustrating for young kids who cannot make real progress in the game. In this, children can create their adventure at any level of the play. 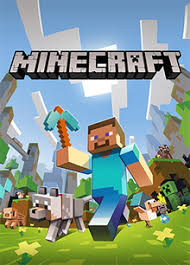 The guidelines say that all players under 13 need to get parental permission. This is according to the American privacy legislation according to which sites that collect information from kids need to take leave from their parents as a must.

Recommended:  How to Hack ISP and Get Free Internet Access 2022 (PPPoE Hacking)

Microsoft has always focused on how creative building and exploring can help kids build their problem solving, planning and organization skills. Few parents whose kids have autism have given credits to the game for improving their child’s communication abilities as well as social skills. The best thing is that it carries a specific server, especially for those who are young with autism and ADHD.

It is not catching on in schools as well. All the students at VC school used this to build an accurate scale model of their school. Moreover, it is also being used to teach kids regarding programming, ICT and Maths. Teachers are provided with the version of the game to be used in various lessons at Minecraft Education site.

The game has been designed for various platforms like Windows, macOS, Android, Linus, iOS and many others. It has not been developed however for Chrome OS, but you can still install and play it and many Linux games on your Chromebook without much friction.

SEE ALSO: How to play PS2 Games on Windows 10 by Installing PCSX2.

(Tutorial) How to Install and Play Minecraft on Chromebook (APK Download) 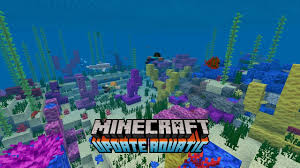 Keep a few things in your mind. You can run it on Chromebook without going to the developer mode and installing Crouton. In recent times, Google has improved Linux on Chrome OS and brought in new features to the stable channel. Like Google has brought in GPU acceleration towards the stable channel, just go and try it out. The gameplay is made smoother, and the difference is dull day and night.

On Chromebook, the mouse-capture bug on Minecraft is almost gone. The game is now much more responsive, and users can increase the mouse sensitivity according to your preference. Following through to know how to install and play it on the Chromebook:

Recommended:  How To Run Virus Scan in Command Prompt on Windows 10/11 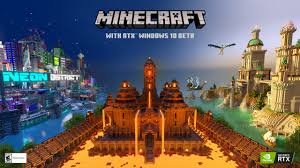 SEE ALSO: The Best Linux Games to Download in 2022 that are free to play.

If you do not want to follow the steps, we have an alternative method for you below. Just download and install this Minecraft Chromebook APK and that’s it! Enjoy building.

Are you playing Minecraft on your Chromebook Laptop?

This is such an old game yet so powerful, fun to play and still in high demand from children. Today we showed you how to install Minecraft on Chromebook using an APK, no download method and without developer mode required.

Do let us know which tutorial you follow and please as always remember to share this with your friends and family. Have fun!